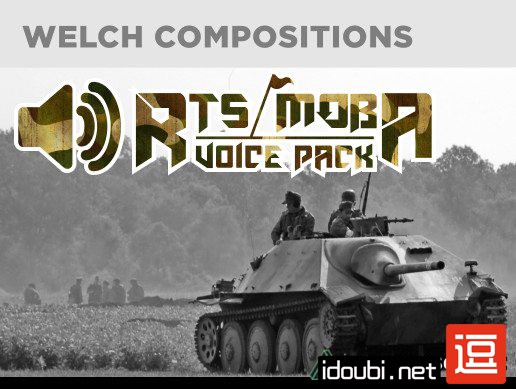 The lines you'll find in this pack are short reactionary and observational statements similar to lines commonly heard in the RTS and MOBA genre. While the script was designed specifically with the RTS and MOBA genres in mind a lot of lines could also be used in various other genres/applications. For example, any game with the standard set of multiplayer modes like capture the flag will also find this pack useful.

Here is small sampling from the pack:
RTS and Moba Voice Pack Demo

In creating this pack great care was taken to avoid writing and recording lines that would pigeon hole a voice into a single role. For example, I knew if we made a dwarf voice saying dwarven things or a helicopter pilot saying helicoptery things there would be very little usability for multiple developers. What was done instead was a very large script was crafted with lines containing a broad range from both fantasy and war genres and EVERY character read EVERY line from that script. A behind the scenes list of character tropes we wanted to cover existed but we simply used it for motivation. So our archer voice may sound like the perfect artillery gunner to you and you aren't restricted from going that route!

In the future, if the demand is present, I would like to expand the pack with regular updates. I can be contacted directly if you have any specific lines you want added.

The asset heirarchy preview is missing due to the fact I there isnt a main asset persay and I dont want to check a box next to 7,000 files. 😛